What’s in a Penny? 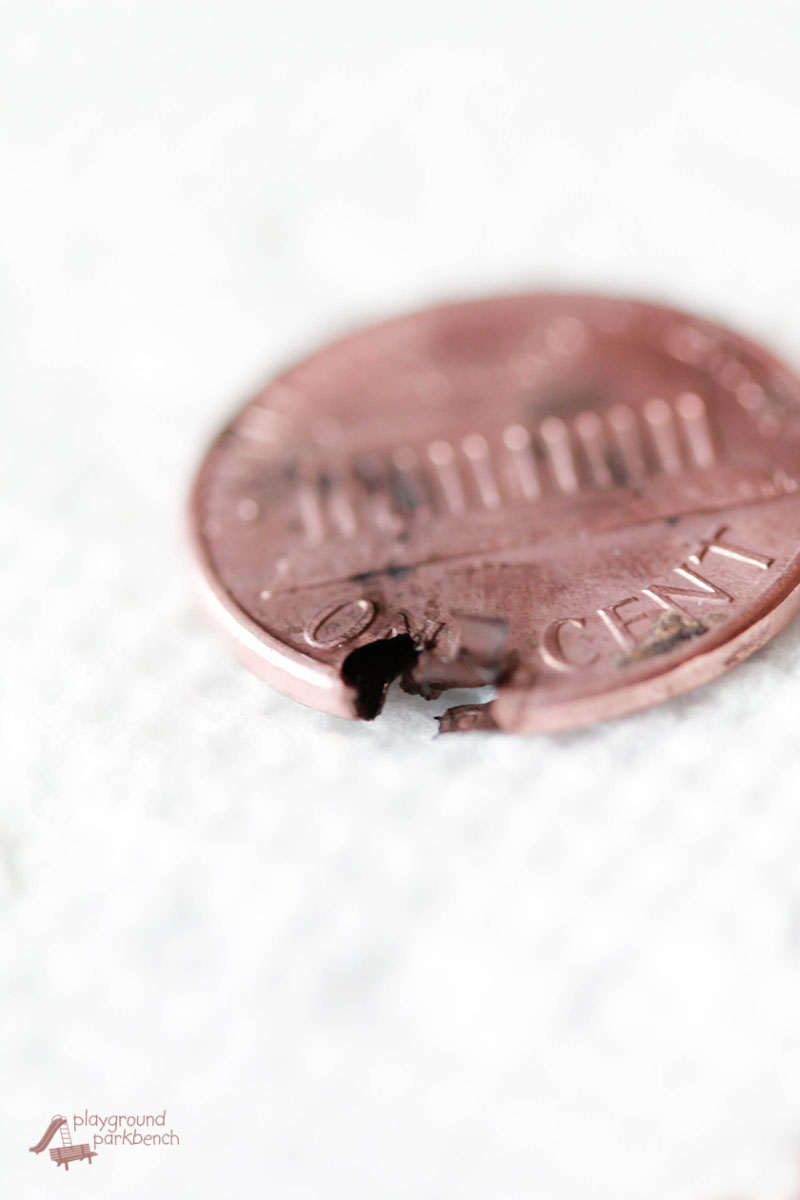 What’s in a Penny?

What happens when the metal in a coin is worth more than the face value of a coin? This has happened several times in the history of the United States resulting in the Treasury Department changing the metal composition of coins. These changes to metal composition provide opportunities to explore what’s on the inside of pennies. With only a few common household items, you can explore the differences between pre and post-1982 pennies.

Penny for your thoughts?

You should notice that some of the core of the post-1982 is missing. This is the result of the bubbling witnessed while the penny was in the lemon juice. Today’s pennies are 99% zinc core with a thin copper plating. This zinc oxidizes in the citric acid and then dissolves in the solution. Little to nothing will happen to the pre-1981 penny because it’s mostly made of copper.

Pennies produced before 1982 were made of mostly copper. Due to inflation in the 1970s, the value of the metal in the penny was worth more than it’s one-cent face value, resulting in the Treasury Department changing the metal make up of a penny and finalizing that make up in 1982. You can expand on this experiment by testing pennies from 1982 only. Some pennies from this year had copper cores and some had zinc cores. Which ones will you find?