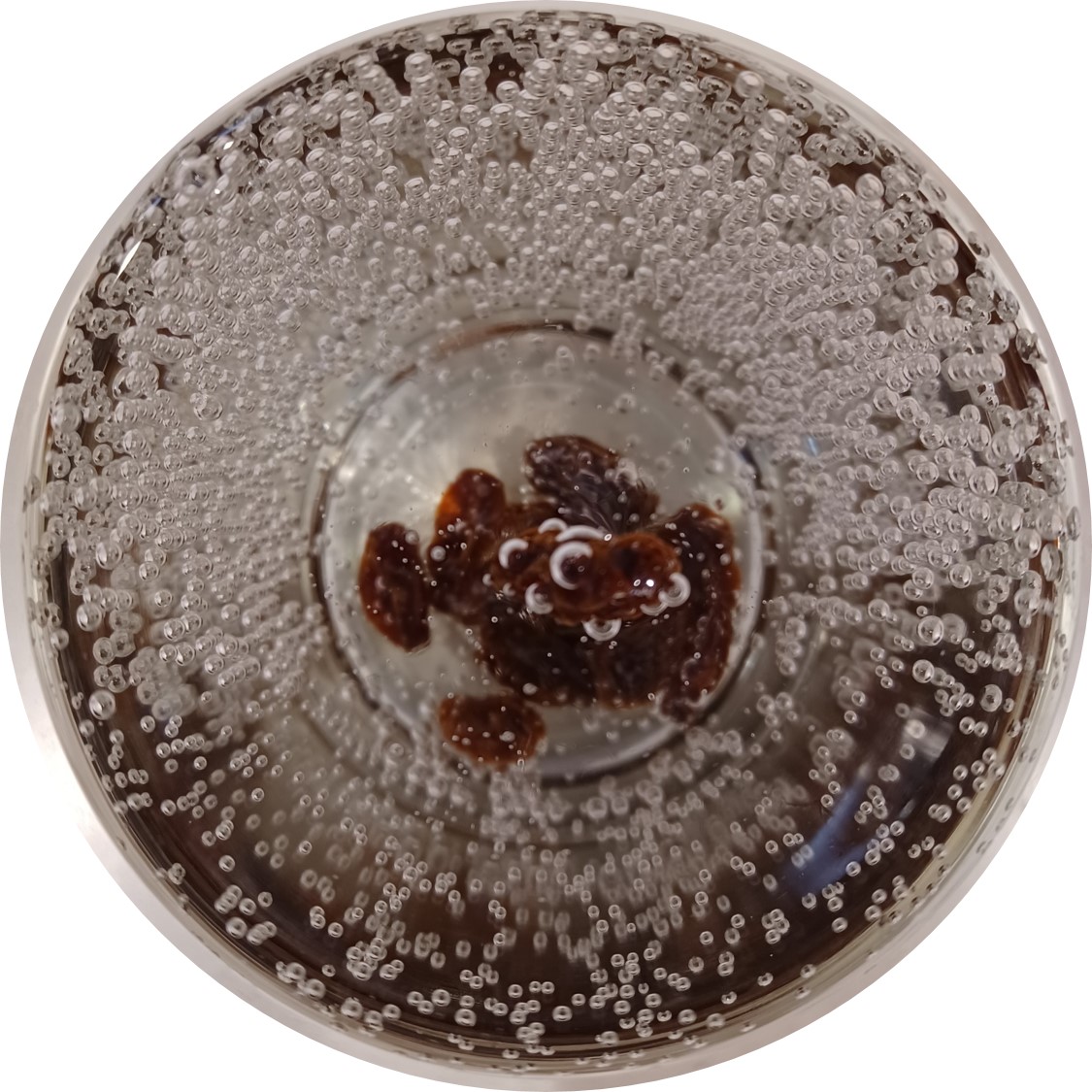 Density was first discovered in 250BC by Archimedes, a mathematician in ancient Greece. His king thought he was being cheated by his metal craftsman and that his gold crown may be partly silver when it was supposed to be pure gold. Archimedes came up with a plan to test the crown without damaging it by placing the king’s crown and another crown of pure gold into two same sized containers with the same amounts of water. He discovered that the king’s crown moved more water than the pure gold crown and was a fake! This is because silver is less dense – it takes of more space – than gold.

Procedure:
1. Pour the clear soda into the glass until it is almost full. Leave some room at the top to it doesn't overflow when you do the next step.
2. Open your raisins and pour some out. Make sure they are not clumped together.
3. Add some raisins to the glass. Do not add too many! You want there to be some space in between the raisins. What happens? Do the raisins sink or float? Why?
4. You will need to wait a few minutes for the next part. After waiting, what do you see happening? What are the raisins doing? Why do you think this happens?

Which weighs more: a pound of feathers or a pound of gold? It’s a trick question! They both weigh the same! But, it takes a lot more feathers to weigh the same as a small amount of gold. This is because of density. Density is measured by how much “stuff” you can fit into a space. If we used two boxes that are the same size and filled one with feathers and one with gold, which box would weigh more? The box of gold! – Even though the feathers take up more space. This is the same thing that is happening with the raisins in the soda. When you add the raisins to the soda, at first they all sink to the bottom because they are more dense than the water. But, when the carbon dioxide bubbles in the soda attach to the raisins, they are able to lift the raisins to the top of the soda. Then the bubbles pop and the raisins sink back down to the bottom again.