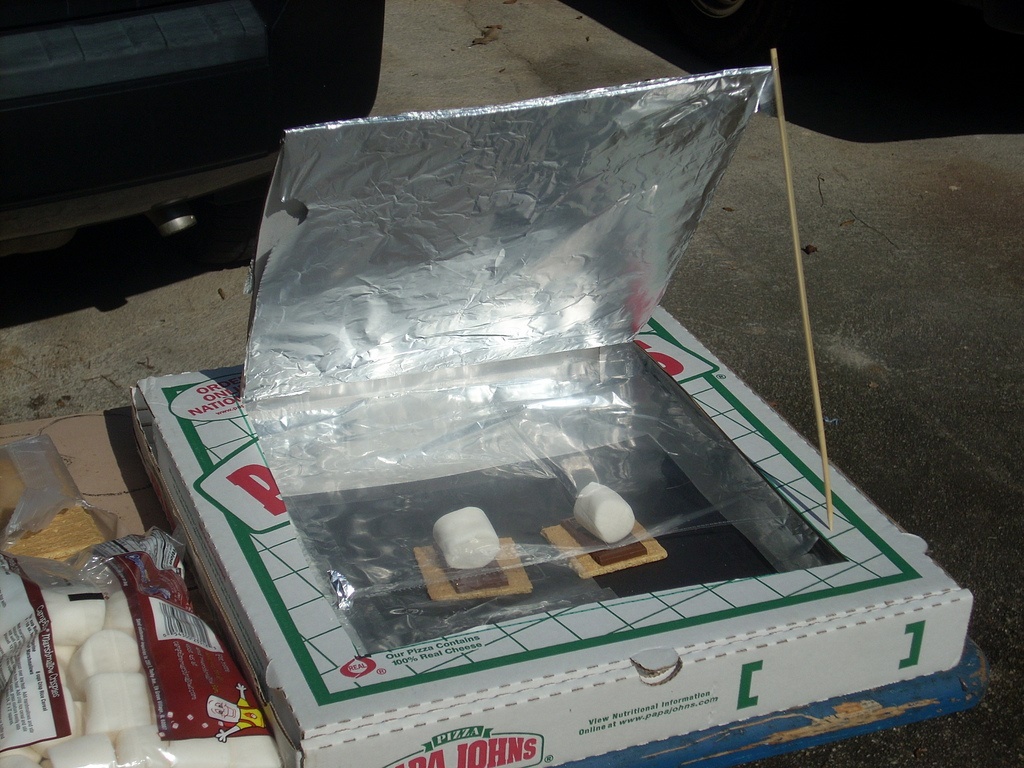 Try this fun experiment and make your own solar oven using easy to find household items. When you’re set, you’ll be able to use the sun’s energy to cook outdoors. In this version, you can make your own S’mores. Yum!

How does it work?

This is a homemade version of a collector box, so called because it collects sunlight. The sun’s rays come to earth and reflect off the aluminum foil, where they bounce directly into the opening of the box. The air under the plastic wrap heats up and cannot escape. We used the black paper because it also absorbs heat, keeping the bottom of the oven warm. The newspaper acts as an insulator, helping to keep more of the warm air inside the pizza box.

If you have a thermometer, check the inside temperature of the oven when you take out your S’more. Reposition the box as you experiment so that it faces the sunlight and can absorb that heat.

You can also try other recipes that don’t need the heat of a conventional oven – nachos and cheese, baked potatoes or chocolate sauce!